The long weekend of the 20th NCM Anniversary and the Grand Opening of the Motorsports Park was busy for all members of the Club that made the trip south either in small groups or experience the Caravan starting with a lap around the Indy 500 track. On Wednesday there were a total of 3500 Corvettes via Caravans arriving starting at noon. Caravans from California, Texas, the Gulf Coast Florida, Canada just to mention a few. On Thursday another 2500 Corvettes arrived. There were approximately 1500 that had arrived earlier in the week.

Club members who came to the celebration were Allan & Jenny, Jim & Sharon, Wayne & Linda, Ben & Barb, John & MaryAnn, Fred & Linda, Bruce & Janet, Millie, Dave & Debbie, Randy & Darlene, Buddy & Lorna, Steve & Paulette, and Ken & Cindy. Several of our members volunteered to work a portion of the weekend, either at the Museum or at the Motorsports Park. Those we know who volunteered during the weekend were Lorna, Janet, Buddy and Bruce helped at the MSP and then came to the Museum and the two guys worked at the Museum store with the Ladies working elsewhere. Jenny worked with one of the Museum staff and Ken & Cindy worked giving out the thousands of Event T-shirts as the Caravans arrived.

At the Grand Opening of the Motorsports Park Circle City Corvette Club was well represented by our members in the One Acre Club laps around the NCM Motorsports Park. Representatives for the CCCC one acre purchase were Rich & Rita and Larry & Joy. The following members NCM Ambassadors Steve & Paulette, Members Bob, Alan & Jenny had also purchased an acre and were lined up along with the hundreds of other One Acre members. Each of the CCCC Corvettes had a Club banner proudly displayed the windshield. In the evening our Lifetime members attended Dinner along with hundreds of others at the Sloan Convention Center.

During the weekend there were self guided tours of Kentucky, Seminars, Vendors to visit, autograph sessions, unveilings, Driving the new track yourself or with a professional driver. Allan in his newly purchased Callaway Corvette got to experience riding with Corvette Racing Driver “Tommy Milner” in the drivers seat. Members need to ask Allan for “The rest of the story.”

View the pictures from the weekend below 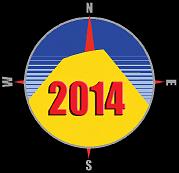