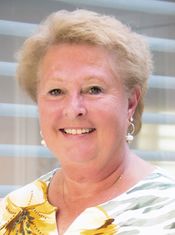 In loving memory of our
Special Friend
Sharon Love
July 13, 1947 – July 31, 2020
Sharon has been a driving force behind The Circle City Corvette Club for many years.
Sharon was a major supporter of the National Corvette Museum
She is MISSED by all!!

History of the Slippery Noodle Inn

The Slippery Noodle Inn is the oldest operating bar in the state of Indiana. Built in 1850, the establishment has undergone many name changes and witnessed much history (it is in the National Register of Historic Places), including its share of crime and murder. Perhaps it is not surprising then that there are tales of haunting that come with the place.

The building that would one day become The Slippery Noodle Inn began as the Tremont House in 1850. Its primary customers were railroad passengers and workers. By the 1860s, the name of the establishment was changed to Concordia House. Also in the 1860s, the building served as a part of the Underground Railroad, helping to smuggle slaves to freedom. The Concordia House eventually was renamed Germania House and then Beck’s Saloon due to anti-German sentiments during World War I.

Shortly before the American Prohibition of Alcohol, the business was purchased by Walter Moore. He changed the name of the inn to Moore’s Beer Tavern. All too soon he found himself having to rename his bar Moore’s Restaurant as the US Government banned alcohol within its borders. The business’s function changed little however as Moore began to bootleg beer in the basement of his restaurant, turning it into a speakeasy. Plumbing was installed to pipe illegally home-brewed beer up to the bar in the restaurant. The basement also served as a slaughterhouse. The hooks used to slaughter and butcher pigs and cattle still hang there.

During this time, Moore’s Restaurant became a hangout for both the Dillinger and Brady gangs. The gangs were allowed to use the former stables for target practice. Bullets they fired are still lodged in some spots in the old brick wall to the East in what is now used for music performances. When the Prohibition came to an end in 1933, Walter Moore was able to change the name of his establishment back to Moore’s Beer Tavern and was able to legally run his business again…that is, until it became a bordello.

During this second era of Moore’s Beer Tavern, customers were able to enjoy the services of prostitutes in the cramped unheated rooms remaining above the bar from its days as the Tremont House. The bar was purchased by Boris Petercheff in the 1940s and he was able to operate the bordello as well until 1953, when an argument between prospective customers over a prostitute led to one of the men being knifed to death. The brothel aspect of the business was shut down and the establishment settled down into just being a bar again. In 1963, the bar was purchased and owned very briefly by Emilia Finehout. After only a period of months, she sold the property to Harold and Lorean Yeagy.

The Ghosts of The Slippery Noodle Inn

Harold and Lorean Yeagy closed on the property on Friday the 13th in December of 1963. The Yeagys renamed the place The Slippery Noodle Inn and opened it as a simple lunch counter. It operated as such until 1985, when the Yeagys’ son Hal Yeagy took over the business. At that time Hal began the transformation of the business into world famous blues bar it is today. The bar now features two stages (including one in the former stables that gangsters used for target practice) with live music seven days a week.

The Slippery Noodle Inn has also been the site of apparent paranormal activity.

On the second floor, the old rooms that used to be for guests of the hotel and later for brothel customers now serve as offices and storage for The Slippery Noodle Inn. Workers and paranormal researchers alike have experienced unexplained phenomena in this area. Activity has varied from cold spots, to unexplained noises and the sensation of being touched by unseen fingers to even a spectral woman appearing on the balcony to a witness on the first floor.

Some employees of the establishment claim to have seen an apparition of a tall black man in coveralls in the basement. At least one beer delivery driver refused to go into the basement for a time after witnessing the apparition for himself. People have also claimed to hear whispered voices in the basement when nobody is present to make the sounds. There is one alcove in particular from which the noise seems to emanate. Human skeletal remains have been discovered in the basement of the building during excavation in recent years.

While you aren’t guaranteed to see a ghost during your visit to The Slippery Noodle Inn (most of the hauntings are concentrated in areas not accessible to the public), you are likely to find a good meal and some excellent live blues and jazz acts performing. The stages have seen the likes of Country Joe McDonald, Big Head Todd and the Monsters, Edgar Winter, and Rick Derringer among others who have performed there. You also have a slight chance of spotting an occasional celebrity customer of the restaurant.

In loving memory of our
Special Friend
Sharon Love
July 13, 1947 – July 31, 2020
Sharon has been a driving force behind The Circle City Corvette Club for many years.
Sharon was a major supporter of the National Corvette Museum
She is MISSED by all!!